Two Important Facts In Getting Out of Network Claims Paid: A Clean Billing Process and Federal ERISA Appeals

Out of network claims are some of the most complicated commercial healthcare claims to collect on. Although these claims do fall under the Federal ERISA laws, they tend to go through all of the state level appeals before reaching that point. This means that hospitals and clinics have to spend quite a bit of money trying to collect on them – to the point where it seems as though it would be less expensive just to give up. Unfortunately, since hospitals already run on razor-thin financial margins, this isn’t a feasible option, and every penny counts, even the ones that are seemingly fought over.

Two Main Factors in Collecting On Those Claims

The key to getting your out of network claims paid relies on two important factors – the initial billing process and the appeals process. Although the majority of these out of network claims will get paid at some point before an ERISA appeal must be filed, it’s good to have all of your proverbial “ducks in a row” in the first place. According to an expert in the field, it all comes down to the “’science of the clean claim submission’ and the ‘art of the appeal.’Mr. Hughes noted the claims process isn’t rocket science, but it requires a dedicated team focused on the details. The appeals process, on the other hand, needs people who can piece data together in a ‘coherent, cogent narrative’ that inspires a reimbursement event.”

On top of this, in order for you to understand what the ERISA appeals process can do for your hospital or clinic, you need to know about the Federal ERISA law itself. 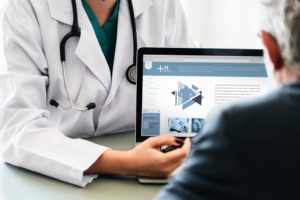 The Basics of the Federal ERISA Act

ERISA stands for Employee Retirement Income Security Act. The full name of this law is the Employee Retirement Income Security Act of 1974. The law was put into place to provide federal guidelines and standards for employee health insurance, particularly self-funded plans. It also covers retirement plans, but that isn’t important here. Basically, if a person works for a private company (as in, not a church or a state or federal government office), and they pay into your health insurance plan every month, then that plan most likely falls under Federal ERISA laws and you can use that law to collect on your out of network claims.

The Relationship Between ERISA and Health Insurance

Over the year, many amendments have been made to the Federal ERISA Act. It protects individuals in self-funded commercial health care plans, while at the same time, it ensures that hospitals and clinics get paid. This latter part is conducted through the ERISA appeals process. 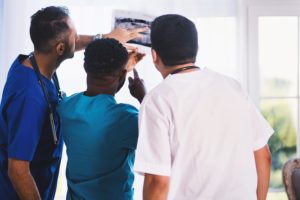 In Recent Years, The ACA Became Involved in the ERISA

Hospitals usually go through a lengthy appeals process on the state level. Here’s how it works: Patients have procedures done. Some of these are outpatient procedures; others require a hospital stay of some sort. The hospital billing staff go through and give everything an appropriate code and amount. These codes depend on the procedures, the care involved, the medications prescribed, and so on. Those coded bills are sent out to the commercial insurance companies. Which company they go to depends on who that patient’s insurer is. The commercial insurance company has a process that they go through to get those bills paid. In some cases, they’ll pay a portion of it or reject it outright. The hospital’s billing staff can appeal this at the state level up to three times. That’s a lot of paperwork to have to deal with in a tight time frame. If your hospital is lucky, then some of those claims will get paid. Others will go back and forth without getting paid at all. The reasons for this can vary and depend on many different things, including billing codes, pre-approvals, and what the commercial insurance company thinks should be covered or paid for.

The Federal ERISA appeals process is designed to get your hospital the money that it’s owed by those commercial insurance company. How does this process work? Well, you can start by not writing off those amounts. Instead, organize them into a file and then contact a company that handles these types of appeals. ERISA Recovery is one such company. All that we need from you – to begin with anyway is a list of those claims. We can take it from there, although we might need more information in the future, so make sure that your chargemaster rates and codes are up to date. ERISA Recovery guarantees that we’ll recover at least one million dollars in denied claims within 12 months.

The Time To Act Is Now!

Protected: With Hospitals’ Revenue Dropping By Half How Are They Expected to Recover?

Hospitals May Be Expected to Cover Costs of COVID-19 Vaccines