Solution: Use The Federal ERISA Process To Collect Unpaid And Underpaid Medicare Reimbursements

Medicare, government-backed insurance for those of retirement age, has been in the news quite a bit recently. Those headlines refer to the fact that the Medicare fund may run out of money within the next ten years. Although that would be devastating, it isn’t the same thing as the Medicare reimbursements that hospitals and clinics sometimes have a hard time collecting on. Those unpaid and underpaid reimbursements are billed to Medicare Advantage plans, also known as Medicare Part C.

A Medicare Advantage plan is one that offers additional coverage to people who are already on Medicare. These plans are marketed as being Medicare Part C plans. You’ve probably seen commercials for them towards the end of every year when enrollment is open. Many commercial insurance companies offer them. Retirees choose them in order to receive extra coverage, such as dental and eye care. These plans include a number of benefits, depending on the ones that are chosen. Why are we explaining these plans – the ones that you’re probably already familiar with – in such detail? Because they fall under Federal ERISA law. Since Medicare Advantage plans are self-funded, you can collect on those underpaid and unpaid claims through ERISA, but first, you need to try to get those commercial insurance companies to pay Medicare reimbursements by following the standard claims process.

As you can see, these Part C plans are quite different than the standard Medicare ones. They are governed by different rules and regulations. A patient with an Advantage plan receives all of their coverage through the commercial insurance company, not federal Medicare. This doesn’t complicate the billing process at all. Instead, it’s complicated by other factors that can make collecting on Medicare reimbursements something that takes up plenty of time. 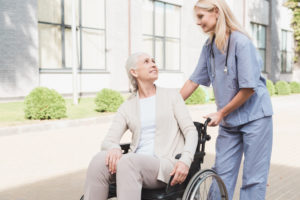 Even worse, once those three state-level appeals are reached, your hospital or clinic is usually out of luck. Those claims just pile up, despite the fact that you need to pay your employees (the billing department especially), all of your utilities, routine maintenance expenses, and even the costs of supplies and equipment. This is what leads many hospitals and clinics to bankruptcy. There is little that can be done when the amount of debt that you’re carrying exceeds the positive cash flow that you need in order to keep running. Those Medicare reimbursements end up on the wrong side of the balance sheet. We like to call that a “debt bucket.” When the bucket is full, you can’t pay your bills. Clearly, this is a problem – one with a great solution.

The solution to your debt problem is the Federal ERISA process. 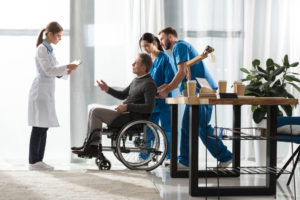 Use The Federal ERISA Process