Claim denials seem like a major part of hospital billing. But what if they can be prevented? In order to avoid the commercial health insurance claims cycle, which seems to go from billing through the three state-level appeals and then into Federal ERISA appeals status at an alarming rate, you need to examine how your billing system works. Hopefully, some of these billing best practices will help your hospital avoid this entire process. However, if they don’t we have a good suggestion that will definitely ensure that those claims are collected – the Federal ERISA appeals process.

Experts suggest that there are six main ways to help your billing department work more efficiently. These billing best practices, which include checking your fee schedules and performing annual reviews, will ideally prevent your commercial health insurance claims from going through the appeals process, starting out at simple claim denials. However, other billing best practices, like double-checking your bill codes, evaluating your pre and post-procedure workflows, plus keeping an eye on your accounts receivable, can make everything flow more smoothly.

Ideally, when something goes wrong during the billing process, it’s caught right away, before it becomes an issue. The billing department needs to be on top of these things. After all, if a claim goes into appeals, it’s more work for them. They need to simplify the process as much as possible without sacrificing accuracy. 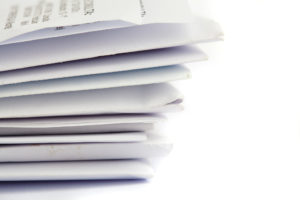 Just in case those billing best practices don’t help, you do need to have a stronger grasp of what claim denials are. Commercial insurance claim denials are exactly what they sound like – a charge that a health insurance company refuses to pay for any particular reason. Don’t take this the wrong way. This sounds like the companies arbitrarily choose not to pay claims. This isn’t the case at all. There are a number of specific reasons behind their refusals, which we’ll get into below.

Claim denials can be defined as one of two things – either the charge doesn’t get paid at all, despite going through the state-level appeals process, or it ends up being underpaid. When claim denials occur for any reason, there are consequences. The hospital loses money that was already spent on utilities, staff salaries, and supplies, among other things. Even those denied amounts seem small at first, especially in comparison to everything else, they can add up before you know it. When hospitals appear in the news explaining why they’re shutting their doors, the number one claim is due to lost revenue.

Commercial insurance claim denials occur for many different reasons. In some cases, the patient may have gone out of network or didn’t follow the preapproval process correctly. The insurance company will deny coverage, even for the hospital’s portion of the charge. Plus, every commercial insurance company has a different filing deadline. It could be anything from one week to 30 days (or something else entirely) after the service has occurred. If the hospital submits the charge after this deadline, then claim denials will follow.  This actually happens more often than you’d think. All that it takes is one missing line or misspelling for claim denials to occur. It could be something like the patient’s last name is misspelled, or their insurance identification number contains a typo. The coding for the procedure and charges could be wrong or missing altogether.

Although hospitals don’t have much recourse for some of these reasons, they do for others. For example, if the claim denials are due to misspellings in the billing process, missing information, filing time limits, issues with pre-approvals, or even out of network charges, then the hospital can appeal. This is an entirely different process that doesn’t always guarantee a positive outcome. 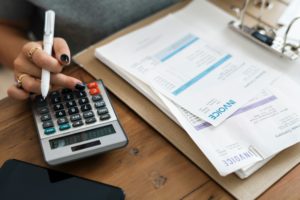 Claim Denials Can Add Up

Claim denials cause quite a few problems, especially where time is concerned. Let’s discuss the process in a little bit of detail. The commercial insurance company refuses to pay the charges. They explain their reason. The hospital then has their billing employees sent an appeal. This can happen up to three times at the state level. Fittingly, these are referred to as state-level appeals. By law, every hospital has three of these appeals to go through. In some cases, the claim is paid, and everyone is happy. In others, the insurance company may pay just a portion of the claim. They also could keep refusing the claim outright. Those underpaid and unpaid amounts are both subject to that state-level appeals process. The charges can be sent out again in the hope that the health insurance company finally gives in. It’s entirely possible that those claims will be paid by the end of the appeals process. However, it’s just as likely that they won’t be.

The Rest of the Appeals Process

After the three state-level appeals have been rejected and the claim denials are still in place, your hospital has a choice. Usually, that money goes uncollected. This means that the information on it ends up in your accountant’s office where it’s placed on a list of permanent debts. Over time, those debts grow, and eventually, your hospital becomes insolvent. Hospitals go bankrupt and close their doors regularly, thanks to this practice. They simply cannot pay their bills any longer.

There is a solution to getting those claim denials paid. This involves the Federal ERISA process. However, many hospital administrators either aren’t aware of it, or they aren’t sure how to begin to collect on those debts using this method. They need to call in some additional help.

What Federal ERISA Appeals Can Do

ERISA is short for the Employee Retirement Income Security Act. This federal law is set up to ensure that hospitals – and clinics – can collect on those state-level claim denials. The commercial insurance company needs to pay them. They are legally obligated to under the Federal ERISA Act. The trick lies in getting those appeals done correctly. And yes, even though the Affordable Care Act is in place, ERISA is still valid. The ACA accepted every section of the Federal ERISA Act when it was signed into law.

However, the process isn’t taught in a typical medical billing and coding course. In fact, many lawyers aren’t even taught the specifics of the law. Companies like ERISA Recovery know the ins and out of the entire process. This is why we can take those claim denials and turn them into revenue.

In fact, even if your hospital’s billing department had the time (many don’t since they need to keep up with current charges, as well as those tricky state-level appeals), they wouldn’t know how to submit those claim denials under ERISA to get them paid. You need outside help.

It’s time to deal with your claim denials instead of ignoring them. You need to call ERISA Recovery today. We’re experts at navigating the Federal ERISA Process and can turn those claim denials into money in your hospital’s bank account. Are you ready? Call us today. We can be reached at (972) 331-4140. We also have a contact form on our website. Just fill it out, and one of our experts will give you a call.