Throughout 2019, a new trend emerged in healthcare – surgical centers. Although these centers, which are designed solely for outpatient surgeries, have been around for many years, quite a few of them opened over this past year. More and more patients are going to them, rather than standard hospitals, for outpatient surgeries like knee reconstructions and other orthopedic procedures. While this is a good thing, as far as those centers are concerned, they do come with some billing complications, especially if patients go to surgical centers that are outside of their main provider networks. This is where many of the billing issues come into play, some of which can only be solved with a series of Federal ERISA appeals.

Surgical Centers Are a Rising Trend

According to Becker’s ASC, over the course of the past year, a whopping 169 different ASCs and outpatient surgical centers opened up in the United States. Many of them were opened through partnerships with other hospitals and medical centers. For example, the “Hartford, Conn.-based St. Francis Hospital and Medical Center and Hartford-based Lighthouse Surgery Holdings are partnering to build the Orthopedic and Spine Surgery Center in Hartford.” Others are owned by one larger hospital, seeking to increase its physical footprint and meet a specific need, such as the case of the “Los Angeles-based Good Samaritan Hospital opened the Frank R. Seaver Ambulatory Surgery Center Sept. 4 as part of the nearly 200,000-square-foot Good Samaritan medical pavilion.”

In many cases, this is done in order to meet specific needs in the area. For example, the CEO of the University of Iowa Healthcare, Suresh Gunasekaran is determined to keep growing the hospital. He insists that “the new system’s expansion is necessary in order to touch as many lives as possible, because ‘I’ve not been to an academic medical center that has this kind of demand for surgical services.’” He went on to state that, “However, the commitment to partner with others — whether it’s others as referral centers to us, whether we’re going to develop joint programs with them, whether we’re going to simply be better citizens on how we transition care from one setting to another — we have to continue to work on partnerships.” While this is good, it also comes with a number of issues, such as billing problems. 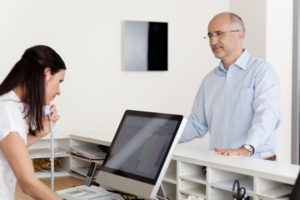 Like with most billing departments, the ones at these surgical centers have a number of codes that they need to keep track of. Every commercial health insurance company has a contract with the surgical center. This information includes how much the surgical center can bill for certain procedures, as well as how those claims are sent in. Most are sent electronically to the insurance companies, making it easy to track them. The problem comes when mistakes are made in the billing process. Sometimes things end up getting miscoded, or the wrong amount is requested. When those claims are sent back to the surgical center, it’s up to the billing employees to double-check them and then resubmit them. This resubmission is the first of their state-level appeals. Only three are allowed.
In most cases (as you can see from the statistics included above) most claims are paid by the end of the three appeals. The problem comes when they aren’t. No matter the reason for the unpaid or underpaid commercial health insurance claims, these finished appeals can cause a number of problems. 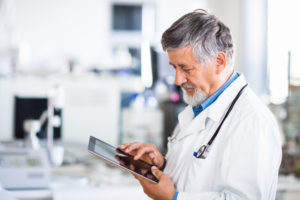 Unpaid Claims Can Add Up Quickly