Commercial health insurance underpayments are problematic. They occur when the health insurance company decides – for one reason or another – that it doesn’t need to pay your hospital or clinic for the full amount of the claim. Since the healthcare environment is always changing, you need to collect every penny that you can. Otherwise, your hospital may find itself in financial hot water. Thankfully, you do have some options when it comes to these underpayments, including collecting on them through the Federal ERISA laws.

The revenue cycle for businesses in the medical field remains somewhat unstable, making it even more important that they collect every possible dollar – including those underpayments. An article in Becker’s Hospital CFO Report points out that patient billing (as in, amounts due) makes up between 18 and 35 percent of every clinic’s accounts receivable. The rest consists of money owed by commercial health insurance companies. That’s quite a large balance and is one of the reasons why these underpayments can lead to a number of cash flow problems, especially if they have the chance to pile up. Other ways of dealing with revenue cycle issues include meeting certain claims benchmarks and setting up a system where “clean” claims get sent through quickly, while those that are more complicated get more attention paid to them. However, another great option, which isn’t mentioned in this particular article, is to ensure that those underpayments are cleared up and paid in full.

Many underpayments happen for the same reasons as unpaid claims. Some of the reasons include payor miscalculation, contract issues and misinterpretations, general billing errors, and even accidentally using incorrect contract terms. The general billing errors are the easiest to avoid. In some cases, the documentation and all of the paperwork aren’t sent with the claim, or the wrong ones are included. The bill could also be for the wrong amount – or so the commercial insurance believes. They’ll end up just paying whichever amount that they think is correct. 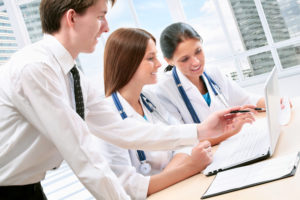 Communicate In Order To Work Through Those Underpayments

You can also set up a reporting system, such as a spreadsheet, that is handled by your billing personnel and the accounting staff at the commercial health insurance company. This also opens a line of communication, albeit in spreadsheet form, between your employees and those at the insurance company. If something ends up getting underpaid, everyone is aware of it, making it easier to ask that important question – “why?”

Finally, you need a way to store those underpayments. You don’t want them to get forgotten!

This is the most important thing to remember is to keep an eye on those underpayments. It’s all too easy to let them fall through the cracks and get overlooked. After all, your billing staff is very busy sending out new claims and tracking existing ones to ensure that they get paid in full. Thankfully, you have some options here. You can:

No matter what, you don’t want to give up. Keep pushing until those underpaid claims end up getting paid in full. 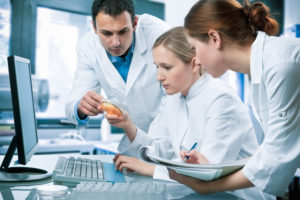 Go Through Your Three State-Level Appeals