We Have a Solution For Your Out of Network Underpayments

According to a recent article, commercial health insurance companies, also known as the “payers” in this situation, have been targeting out of network claims lately. This means that many of those claims end up being underpaid. While the number of underpayments can vary – even a claim that has been shorted a small amount is considered one – what matters is that they add up over time. As many hospitals and clinic networks run on tight margins, these shortfalls can quickly spell catastrophe. Thankfully, some measures can be taken in order to take care of those underpayments.

The Basics of Out of Network Underpayments

It’s easy to define exactly what an out of network underpayment is. It’s a claim that has been filed for care that took place out of the main provider network. In most cases, the patient had approval for this treatment or appointment to take place, but in emergency situations, this may not have been the case at all. Either way, it’s up to the hospital or clinic to get that claim paid – and the commercial health insurance company might be dragging their feet or only paying a small amount of the claim at a time, based on the guidelines that they have in place. 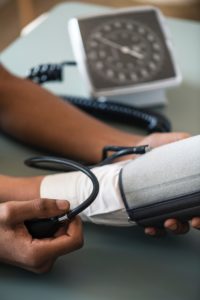 Negotiations are one of the best solutions to this out of network claim underpayment situation. According to one expert, here is how these negotiations add up over time, “You should still be negotiating all of them [because] the margin to negotiate is so great. [Frequently,] they’ll first pay you 20 percent, 30 percent and you have an opportunity to get up to 80 percent, 90 percent — if not on that one bill, over time. Even if you have five bills and you can get an extra $2,000 on a bill, that’s $10,000 in that month — that’s $120 grand in the year — and that’s just from negotiating five cases.” This means that you need to keep pushing the company before your state level appeals are exhausted.

In addition to these aggressive negotiations, you also should have a dedicated staff member dealing with them. That same expert explained how this works, “You need somebody that’s spending time on this; appeals can take anywhere from one to six months to resolve.” Because the out of network bills are more complicated than others, due to the coding involved, you do need to ensure that your best staff members are working on them.

Why Out of Network Underpayments Occur

Many out of network underpayments happen for the same reasons as unpaid claims. Some of the reasons include payor miscalculation, contract issues, and misinterpretations, general billing errors, and even accidentally using incorrect contract terms. The general billing errors are the easiest to avoid. In some cases, the documentation and all of the paperwork aren’t sent with the claim, or the wrong ones are included. The bill could also be for the wrong amount – or so the commercial insurance believes. They’ll end up just paying whichever amount that they think is correct.

How to Prevent Underpayments

In general, there are three main ways to deal with those out of network underpayments. You can start by breaking them down by the payer, or the company that underpaid the claims in the first place. This makes it easier to see which companies tend to underpay the most. Once you have determined this, you can speak with your representative from that company to see if there are lingering billing issues that need to be cleared up. Remember that communication is important!

You can also set up a reporting system, such as a spreadsheet, that is handled by your billing personnel and the accounting staff at the commercial health insurance company. This also opens a line of communication, albeit in spreadsheet form, between your employees and those at the insurance company. If something ends up getting underpaid, everyone is aware of it, making it easier to ask that important question – “why?” Finally, you need a way to store those underpayments. You don’t want them to get forgotten! 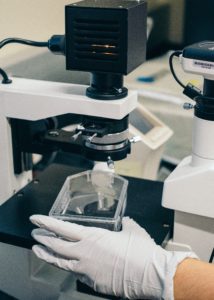 Use the Federal ERISA Laws To Get Them Paid

Hire Help to Collect Those Out of Network Underpayments

If we haven’t already made this clear, you need help collecting on those commercial health insurance company underpayments. Once your three state-level appeals are gone, you need to file a Federal ERISA claim on them, lest your revenue cycle end up out of balance. We can do that for you. Just call us, ERISA Recovery, and ask to speak to one of our Federal ERISA experts. You can reach us at (972) 331-4140 or through the contact form on our website. We don’t charge anything upfront, and have a $1 million guarantee – that’s the amount that we’ll collect for you in 12 months, as long as you can provide all of the paperwork that we need. Don’t wait any longer to collect on those out of network underpayments.