Did you know that there are three common CBO (Central Billing Office) mistakes? When your hospital or clinic makes them, then you’re setting yourself up for future issues when it comes to getting those claims paid. These can range from going through all the three state-level appeals that are allowed to hiring a company that can file Federal ERISA claims for you. While what really matters here is the fact that these claims get paid, if you avoid the three mistakes, then the odds of the commercial health insurance company paying those claims in the first place goes up quite a bit. Here’s what you need to know.

As we stated above, there are three mistakes that most CBO (Central Billing Offices) make. The first of these involves manual billing. These old-fashioned manual processes take up both time and money. While someone is still needed to double-check the information in the computer to ensure that all of the billing codes and patient information is correct, an automated process is a way to go. With these automated processes, “providers could save an estimated $9.5 billion through full electronic adoption of common claims management processes.” That’s quite a bit of money, when you think about it, especially when armed with the knowledge that many hospitals operate on very slim margins as it is. On top of this, one issue that comes about with these manual processes, on top of the time that they take up (making the amount of them that a person can process each day fairly small), is the fact that people can make mistakes. These mistakes lead to state-level appeals and make the collection process much more complicated.

The second mistake that many CBO (Central Billing Offices) make is in not clearly informing their patients. While this article points out that patients need to be informed of their financial responsibility, there’s another factor at play here – checking the patient’s insurance information. Sometimes these details slip through the cracks, leading to mistyped numbers and other things that can cause the commercial insurance company to send back the claim unpaid. In order to solve this mistake and “to address this obstacle, provider organizations should adopt price transparency strategies, such as developing a list of prices for low-priced, high demand services or a launching price estimate tool.” This transparency will only help, not hinder, the process.

Finally, there’s a third mistake, one that physicians need to improve on – the query process. According to Becker’s ASC Review, “because manual physician queries delay medical coding and billing and don’t have a great response rate from physicians, providers should consider automated physician queries.” This is very similar to the first issue, only, in this case, the manual encoding is done by physicians. The same problems can appear – not only does this take time, but it can lead to coding errors. Those coding errors quickly become billing errors, making the payment cycle last much longer than it needs to. In fact, when the coding isn’t done properly, the commercial health insurance companies send those claims back unpaid. They then go through the state-level appeals process, taking up even more time and money. If you want your billing process to go smoothly, then you need to stop allowing these three mistakes to happen. 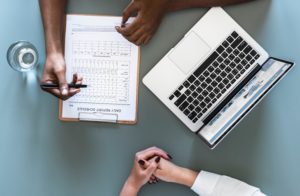 The one thing that every CBO (central billing office) has in common is the appeals that it goes through on unpaid and underpaid commercial health insurance claims. This process includes an automatic three state-level appeals. Once the initial claim has gone unpaid or underpaid, the CBO (central billing office) staff can appeal it three separate times. The computer system utilized by the billing office should track them. After that point, these claims usually end up going into a debt file, where they quickly add up. This is a major problem.

Although at first glance these unpaid or underpaid claims don’t seem like much. They really only make up around 8% of all claims sent through the CBO (central billing office.) However, when you look at the sheer volume of claims that these offices handle, those small amounts can add up quickly. In the end, if the amount of unpaid commercial health insurance claims sitting on the wrong end of a balance wind up being more than what’s coming in, then the clinic group or hospital ends up in major financial trouble. They might even go under.

Going bankrupt can be prevented thanks to the Federal ERISA appeals process. The only problem here is that a standard CBO (central billing office) is unable to send the bills through this upper level of appeals. Not only do these billing office employees not know how to do this (it isn’t taught in any healthcare billing and coding courses), but they don’t really have the time. They have plenty of new claims to send out and state-level appeals to file, even when they have software in place to simplify the process.

Many hospital CEOs and those in charge of provider group networks undoubtedly know about the Federal ERISA appeals process. Let’s recap it here briefly, just in case. The Federal ERISA Act was put into place back in the 1970s. ERISA, in case you didn’t know, is short of the Employee Retirement Income Security Act. Despite its name, ERISA covers commercial health insurance claims as well. It’s a federal law that allows hospitals to collect on those unpaid and underpaid claims from commercial health insurance companies. Once the state-level appeals are exhausted, ERISA kicks in, and the health insurance companies have to pay those claims. 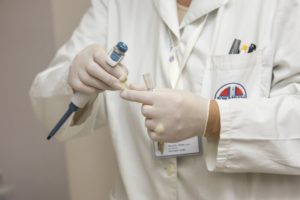 Finding A Company To Collect On Those Claims

The main issue is that many clinic groups and hospitals never go through the ERISA process. Their CBO (central billing office) personnel don’t have the time, nor do they understand how to begin the process. As a result, the commercial insurance companies essentially get away with their practices. Yes, it’s true that most medical billing and coding courses don’t cover how to get those unpaid and underpaid commercial health insurance claims paid based on this federal act. To take this even further, many law school courses don’t cover it either. It’s not that the Federal ERISA law is secret, just that there are other things to go over that are deemed more important. However, we know that this is important to your hospital or grouped provider network.

It’s Time To Make A Choice

Stop allowing your accounting staff to write off those unpaid and underpaid claims that pop up after the state-level appeals are exhausted. Instead, contact us, ERISA Recovery. We know the ins and outs of Federal ERISA Appeals and can get that money for you. We understand that your margins are thin. All that we need from you is some paperwork, and our employees will take care of the rest. Are you ready to see how we can help? If so, call us at (972) 331-4140. To make it easier for you, we also have a contact form on our website. Just fill it out, and you’ll hear back from one of our experts.