Technology and the Central Billing Office: What You Need To Know

Many hospitals and group practices have a (CBO) central billing office. This is the place where all of the commercial health insurance claims take place. In order to make this process efficient, a number of different technologies are used – in the form of billing software. However, even when these efficiencies are operating at the highest level, unpaid and underpaid claims still occur and tend to linger, even after their state-level appeals are exhausted. Thankfully, this isn’t the end of the line. Your (CBO) central billing office can use those records in order to file Federal ERISA appeals on those claims.

The Popularity of the CBO (Central Billing Office)

Several years ago, changed in payment models put into effect by the then-new Affordable Care Act (ACA), led to a rise in these central billing offices. There were several reasons for this. An article from Healthcare Finance put it best, “by combining billing functions; an organization may be able to reduce duplicative administrative duties, cut down on supplies and resources and limit miscommunications between separate billing departments. Simultaneously, organizations can create more centralized customer service, which can positively impact patient satisfaction.”

A good technological system will note each of these contracts and help the central billing office employees with each claim. According to that same article from Healthcare Finance, it can take between two and three years to get these systems put into place. In that time period, a lot of unpaid and underpaid claims can fall through the cracks, including some that eventually make it through the state-level appeals process. 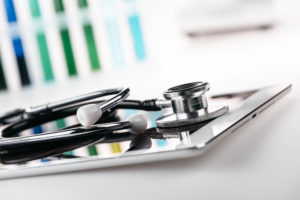 All of the technology in the world can’t help the state of healthcare today if it isn’t utilized properly. According to a recent article in Becker’s ASC Review, “a Moody’s Investors Services report released in April showed that median operating cash flow margins at nonprofit and public hospitals dropped to 8.1 percent in 2017 from 9.5 percent in 2016, press reports indicate.” That same report did a poll on hospital leaders about their concerns and came up with some interesting results. “The poll asked executives about their top concerns, and their responses should come as no surprise to providers navigating today’s complex landscape: shrinking reimbursements; a transition from fee-for-service to value-based care; dwindling margins; not enough workers; technology gaps; and an increasing consumer-focused marketplace.” The main concern here is the mention of those “dwindling margins.” This means that 2018 isn’t going to be any better than the previous two years. Those state-level appeals may not be enough. You need a way to get those claims paid after those are completed unsuccessfully.

How the State-Level Appeals Work

The one thing that every CBO (central billing office) has in common is the appeals that it goes through on unpaid and underpaid commercial health insurance claims. This process includes an automatic three state-level appeals. Once the initial claim has gone unpaid or underpaid, the CBO (central billing office) staff can appeal it three separate times. The computer system utilized by the billing office should track them. After that point, these claims usually end up going into a debt file, where they quickly add up. This is a major problem.

Although at first glance these unpaid or underpaid claims don’t seem like much. They really only make up around 8% of all claims sent through the CBO (central billing office.) However, when you look at the sheer volume of claims that these offices handle, those small amounts can add up quickly. In the end, if the amount of unpaid commercial health insurance claims sitting on the wrong end of a balance wind up being more than what’s coming in, then the clinic group or hospital ends up in major financial trouble. They might even go under.

The Best and Only Real Solution

Going bankrupt can be prevented thanks to the Federal ERISA appeals process. The only problem here is that a standard CBO (central billing office) is unable to send the bills through this upper level of appeals. Not only do these billing office employees not know how to do this (it isn’t taught in any healthcare billing and coding courses), but they don’t really have the time. They have plenty of new claims to send out and state-level appeals to file, even when they have software in place to simplify the process.

Many hospital CEOs and those in charge of provider group networks undoubtedly know about the Federal ERISA appeals process. Let’s recap it here briefly, just in case. The Federal ERISA Act was put into place back in the 1970s. ERISA, in case you didn’t know, is short of the Employee Retirement Income Security Act. Despite its name, ERISA covers commercial health insurance claims as well. It’s a federal law that allows hospitals to collect on those unpaid and underpaid claims from commercial health insurance companies. Once the state-level appeals are exhausted, ERISA kicks in, and the health insurance companies have to pay those claims. 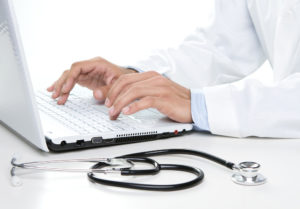 You Need a Specialist Company

The main issue is that many clinic groups and hospitals never go through the ERISA process. Their CBO (central billing office) personnel don’t have the time, nor do they understand how to begin the process. As a result, the commercial insurance companies essentially get away with their practices. Yes, it’s true that most medical billing and coding courses don’t cover how to get those unpaid and underpaid commercial health insurance claims paid based on this federal act. To take this even further, many law school courses don’t cover it either. It’s not that the Federal ERISA law is secret, just that there are other things to go over that are deemed more important. However, we know that this is important to your hospital or grouped provider network.

What You Need To Do

Stop allowing your accounting staff to write off those unpaid and underpaid claims that pop up after the state-level appeals are exhausted. Instead, contact us, ERISA Recovery. We know the ins and outs of Federal ERISA Appeals and can get that money for you. We understand that your margins are thin. All that we need from you is some paperwork, and our employees will take care of the rest. Are you ready to see how we can help? If so, call us at (972) 331-4140. To make it easier for you, we also have a contact form on our website. Just fill it out, and you’ll hear back from one of our experts.