As Surgical Centers Grow, So Do Their Commercial Health Insurance Claims Issues

To put it simply, surgical centers are places where outpatient surgeries of all kinds take place. Experts are predicting that the need for these surgical centers will grow in the future, as more and more procedures are able to take place on an outpatient basis. The downside is that the billing process for them is complicated, leading to plenty of possible mistakes that could lead to disaster as commercial insurance companies reject the claims even after appeals.

Surgical Centers Are an Important Part of the Healthcare Market

These surgical centers, according to one expert, are predicted to rise in number. According to David Stack, “the company estimates around 70 percent of surgeries are done in hospitals and 30 percent are done in ASCs; however, over the next 10 years Mr. Stack projects that will flip to 70 percent of surgeries performed in an outpatient or ambulatory setting and 30 percent in the inpatient hospital.” This means that as the number of surgical centers grows, so do the potential billing issues that can lead to things like state-level appeals and Federal ERISA appeals.

The main reason for this future reliance on surgical centers is cost. That same expert stated that “The payers have seen the value of providing improved care at a 40 percent reduced cost [in the ASC]. With the advent of [enhanced recovery after surgery protocols] and physician-owned surgery centers, physicians want to work there and payers want surgeries performed there.” Although the cost for treating patients will go down, the potential for billing issues goes up, especially when you consider the fact that many of these surgical centers are equipped, and will be paid a bit more, for surgeries that take place without opioid painkillers. The complicated billing process is what needs to be worked out for these surgical centers to succeed. 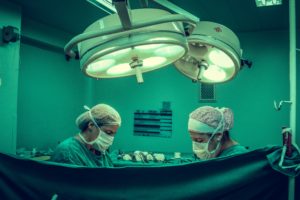 Not every billing issue can be prevented, but some certainly can. When a patient has a procedure done, their medical insurance – the commercial health insurance company – is sent a claim from the surgical center. If there are any issues with this claim, such as a wrong date of birth, a misspelled patient name, or even a typo in the patient’s insurance information, then the claim will go unpaid. The complicated billing process doesn’t help this any.

How the Billing Process Works 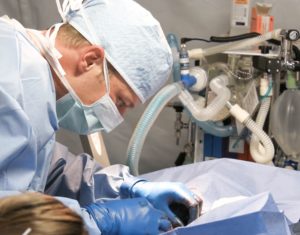 There Are Only Three State-Level Appeals

What Happens When Those Bills Go Unpaid