Managing your hospital’s finances is tough these days, thanks to things like medical appeals that usually end up on the wrong end of the balance sheet. In a perfect world, these commercial health insurance claims would be paid on time and not even end up going through the appeals process. However, we aren’t so lucky. Several articles have been published recently that make it clear just how tough today’s climate is for medical centers and hospitals to remain in the black – not the red – without having to file for bankruptcy.

The Real Cost Of Medical Appeals

According to an article published in 2017, in 2016, hospitals in the United States lost out on around $118 for each claim that they processed. This means that for every claim filed with the commercial insurance companies, it cost $118 to collect that money. The other statistics are just as jarring. Although only 9% of those initial claims were sent back on medial appeals (which seems like a small number), “up to 63% of denied claims are recoverable on average, representing $262 billion in revenue (which seems like a small number), it may cost hospitals and health systems nearly $9 billion more in administrative costs to recover that money.”

This means that even though 91% of all claims were paid the first time they were sent out to the commercial health insurance companies, those hospitals were still losing money on the other 9%. It’s no wonder that so many health care providers are going bankrupt, closing their doors, or merging with other provider networks. That same article went on to describe the main locations where these issues were the more prominent. They were, as broken down “by region, the Pacific, South Central, and Midwest posted the highest denial rates, at 10.89%, 10.5%, and 10.32%, respectively. Northern Plains and Mountain states represented the smallest denial rates, at 6.64% and 6.99%, respectively.” This makes plenty of sense, as many of the closed or closing hospitals were in the Midwest or South Central areas, such as Ohio and Texas.

An additional problem, as described in an article from Becker’s Hospital CFO Report, is that “on average, a five-provider practice with 3,000 patient visits per month will lose 650 hours of productivity — totaling $15,000 annually — just addressing billing issues and handling patient phone calls.” All of this time is spent on helping patients, not keeping an eye on the billing processes and handling medical appeals. It’s no wonder that so many of these medical appeals are falling through the cracks, costing extra time and money, and then ending up on the wrong end of your hospital’s balance sheet. 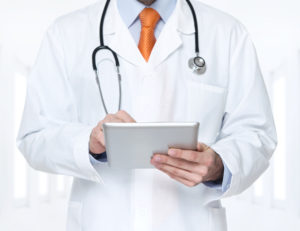 The Issue With The Medical Appeals Process

Let’s take a look at how the medical appeals process works. This process itself causes some complications. When those claims come back unpaid or underpaid, the billing employees need to look up the contract terms that they fall under. If it were just one or two of these claims per day, that wouldn’t be a big deal. It wouldn’t take much time to look them up. However, some hospitals are getting hundreds of these rejected claims sent back per day. On top of this, there are numerous different contracts to look up. Some depend on the particular doctor or procedure. Others cover entire departments. Now imagine those three circumstances and multiply them by the number of commercial insurance companies that operate in a certain geographic area. As you can imagine, this causes quite a situation, especially when the claims process changes regularly.

When the unpaid or underpaid claims are sent back to the clinic or hospital, they can only be appealed three times at the state level. There may be times when a portion of the claim is paid; then it’s appealed, only to have it rejected. On the third try, another portion of it may be paid. The end result is an underpaid claim, which ends up getting placed in the bad debt column of the financial ledger.

What Comes Next For Medical Appeals 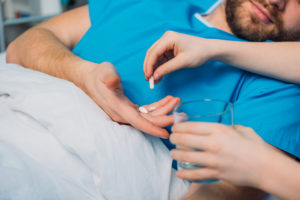 What You Can Do With Rejected Medical Appeals

There’s a useful solution to those rejected medical appeals – the unpaid and underpaid claims that are sitting in your clinic or hospital’s debt pile. It’s called the Federal ERISA process. ERISA is short for Employee Retirement Security Income Act. This federal statute covers several different things, including commercial health insurance companies that offer self-funded employee plans. According to the law, those companies must pay the claims from those medical appeals. The main issue is that many people, especially the ones employed in your billing department, don’t know how to file the necessary paperwork to get them to pay up. Even if they did, those same employees are so busy balancing the state-level appeals and current claims that they don’t have the time. Thankfully, there’s an option – a company like us, ERISA Recovery. We train our employees in every aspect of the Federal ERISA process. As a result, we can get that money for you. We even have a guarantee in place. We can recover one million dollars of those claims for you in a 12-month span, as long as we receive all of the right paperwork from you.

We Have The Best Solution