According to the experts, the expense growth rate for hospitals is steadily declining as time goes by. Some are predicting that by 2025, the expense growth rate will actually be a negative percentage. What does this mean for hospitals and health care clinics? It means that you need to take the necessary steps now in order to boost your bottom line and improve your financial situation. The future of your clinic or hospital depends on it! Thankfully, you can utilize the Federal ERISA process in order to collect on unpaid claims, thereby getting the money that you need in order to both continue operating and save some for those predicted lean years. Here’s what you need to know about ERISA.

Some Background on the Federal ERISA Act

ERISA stands for Employee Retirement Income Security Act. The full name of this law is the Employee Retirement Income Security Act of 1974. It’s no wonder that most people shorten it to ERISA. Despite having the year “1974” in its name, this law actually started on January 1, 1975. It was initially designed for employee retirement plan. ERISA set a number of minimum standards in place, including minimums for vesting and how long an employee has to be working for a company in order to be eligible to qualify for a retirement plan. There’s a certain amount of transparency required as well. Although the act doesn’t force a company to offer retirement plans and health insurance, it does regulate them. 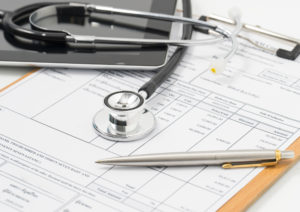 Over the year, many amendments have been made to the Federal ERISA Act. It protects individuals in self-funded commercial healthcare plans, while at the same time, it ensures that hospitals and clinics get paid. This latter part is conducted through the ERISA appeals process.

Does the ACA Have Anything to do with ERISA? 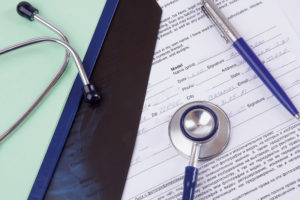 What You Need to Know About Federal ERISA Appeals

Hospitals usually go through a lengthy appeals process on the state level. Here’s how it works: Patients have procedures done. Some of these are outpatient procedures; others require a hospital stay of some sort. The hospital billing staff go through and give everything an appropriate code and amount. These codes depend on the procedures, the care involved, the medications prescribed, and so on. Those coded bills are sent out the commercial insurance companies. Which company they go to depends on who that patient’s insurer is. The commercial insurance company has a process that they go through to get those bills paid. In some cases, they’ll pay a portion of it or reject it outright. The hospital’s billing staff can appeal this at the state level up to three times. That’s a lot of paperwork to have to deal with in a tight time frame. If your hospital is lucky, then some of those claims will get paid. Others will go back and forth without getting paid at all. The reasons for this can vary and depend on many different things, including billing codes, pre-approvals, and what the commercial insurance company thinks should be covered or paid for.

ERISA And Your Bottom Line