Out of network billing is a huge issue for hospitals and clinics, because of the complications involved in the process. A recent law was signed into place in New Jersey that changed the laws for consumers who are charged these out of network prices when they receive medical care from a provider who is not usually covered by their commercial health insurance company. The issue here is that while the law helps the average consumer, it does nothing for the hospitals and clinics who could be stuck with dozens of unpaid out of network claims on their end.

The Law and Out of Network Claims

These claims discussed in this recent law come from medical facilities that are considered to be out of the network by commercial health insurance companies. In some cases, the patient receives permission from the company in order to see that medical provider, but this does not help the hospital or clinic who must figure out how to bill the procedure and then wait for their claims to be paid.

In order to make things even more difficult for those hospitals, “the new bill, which excludes self-funded health plans governed by federal ERISA law, also calls on the New Jersey Department of Insurance and Banking to better define “inadvertent” out-of-network care, according to the report.” This is very problematic because if the claims go unpaid long enough, they could end up sending the hospital into bankruptcy. In many cases, their only method of collecting on these claims is through the Federal ERISA process. 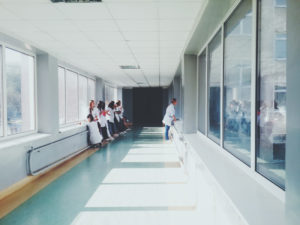 ERISA And Out of Network Building Have Some Commonalities

According to an article in Becker’s ASC Review, the “Employee Retirement Income Security Act of 1974 offered providers a straightforward path for success in the OON [out of network] claims and appeals process.” The problem with this is the fact that thanks to the Affordable Care Act, more paperwork is involved. Thanks to a change that took place in January of this year, providers and their billing employees no longer have access to the patient’s Summary Plan Description (SPD), making it difficult to know whether or not the procedure took place out of network or even how to appropriately bill the commercial insurance agency for the claim once they determine that it did. This makes it much more likely that the claim will go unpaid, and eventually end up in the hands of a specialty company that handles Federal ERISA appeals.

The Issue With Out of Network Billing 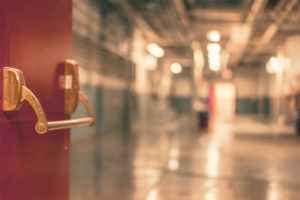 Unpaid Claims Can Add Up Quickly

What The Federal ERISA Law Does

The Federal ERISA appeals process is designed to get your clinic and hospital the money that it’s owed from those commercial insurance companies, even for out of network care. The process works in a very simple way. Rather than letting those claims sit around or having your accountant write them off, organize them into a file and then contact a company that specializes in these types of Federal ERISA appeals. ERISA Recovery is one such company. We know what we’re doing and have knowledgeable staff on hand to deal with the Federal ERISA appeals process. In the beginning, all that we will need from you is a list of those claims and some other information. From there, our trained employees file the appeals and will get you that money. At some point, we might need some additional information, but that all depends on the claims and the Federal ERISA appeals that pertain to them.

You Need Our Help