Surgical centers are growing in number. These clinics, also known as ambulatory surgical centers, specialize in outpatient surgeries where the patient goes home after a short (usually a few hour long) recovery period. Since these surgeries require less aftercare and can be done in a specialized center as opposed to a full hospital, they are favored by both patients and healthcare workers. The billing process for these centers is similar to that of most hospitals. This means that they go through the same amount of state-level appeals before those unpaid and underpaid commercial health insurance claims cause a problem.

According to a report published by Becker’s ASC Review, the number of ambulatory surgical centers run by ophthalmologists exploded in the northeastern part of the United States last year. The four places that this report focuses on are in different states – Massachusetts, Pennsylvania, New York, and New Jersey – but they are representative of the rest of the United States. To put it simply, these surgical centers are opening up at an almost exponential rate. Their success hinges on two different factors: the number of patients going to them and the payment rates of commercial health insurance companies.

A 2016 report, also published by Becker’s sheds some light on the surgical centers. According to it, 56% of them saw more patients than they did the previous year. This is in stark contrast to those that had fewer patients – a mere 12% of them. The quality statistics listed are quite good, although what really matters here are the ones related to the revenue cycle. In 2016, the average payment time for claims was around 30 days, with 12% of them going past 90 days. Less than 5% of the claims were denied outright, and the net collection rate was an impressive 97%.

These lead you to believe that these surgical centers don’t need to worry about the unpaid or underpaid claims. However, the truth is that none of those statistics include an amount. We don’t know if that 97% includes the smaller claims, making the larger ones fall into the pile of unpaid ones. The results might be lopsided, meaning that those surgical centers could be in danger of running out of revenue. 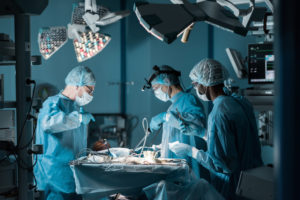 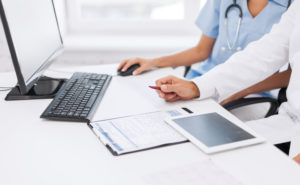 Federal ERISA Law Can Ensure That Those Claims Are Paid

Thankfully, there’s an option when it comes to those reject surgical center claims – the Federal ERISA appeals process. ERISA, also known as the Employee Retirement Income Security Act, is a method used by specialists to ensure that those commercial healthcare claims get paid. According to ERISA, which was created to govern employee retirement plans and then expanded to include self-paid health insurance, those unpaid commercial healthcare claims must be paid. However, this is a specialized and time-consuming process.